Staying Safe During a Heat Wave 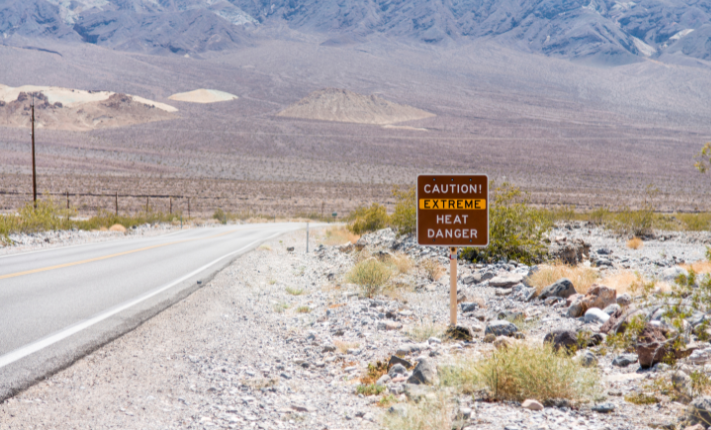 In recent years, a series of record-breaking heat waves around the world has brought heat waves and their hazards into the public consciousness. With the effects of climate change likely to increase the frequency and severity of heat waves over the coming decades, the hazards related to them are expected to worsen. As the environment and human health can be negatively affected by more severe and frequent heat waves, it will be important to know how to stay safe.

WHAT CAUSES A HEAT WAVE?

Heatwaves are prolonged periods of excessive heat, with temperatures above the average for that region and season. They are typically caused by high-pressure weather events, which move into an area compressing the air and increasing the temperature. High pressure, also called anticyclone events, is caused by air cooling at high altitudes and descending, creating a slow-moving “heat dome,” which can last multiple days, weeks, or months. Periods of high pressure are also characterized by less cloud cover and low winds resulting in further increases in heat. Recent studies have also shown that the urban heat island is a factor in heat waves, with the mass of concrete, asphalt, and lack of green space absorbing heat, making cities up to 9⁰F above surrounding areas.

While most think of heat waves as prolonged periods of “nice” weather, in reality, heat waves can be deadly and have been responsible for more fatalities in the US than any other extreme weather event over the last 30 years. Although the primary effect on human health of heat waves comes from direct heat exposure causing heat strokes, heat stress, and dehydration, the tertiary results of prolonged bouts of heat in the way of droughts can have worse consequences. A drought can have knock-on effects on the supply of both drinking water and water for agriculture, which can cause food shortages and famines in extreme cases.

THE HOTTEST HEAT WAVES TO DATE

Across the last decade, many countries have seen some of their hottest periods of record-breaking heat waves. For example, in the summer of 2022, a European heat wave saw the highest temperature in the United Kingdom at 104.5F. But the effects of this year's heat wave across Europe pales in comparison to some of the hottest, longest, and most deadly heatwaves in history.

HOW TO PROTECT YOURSELF FROM EXTREME HEAT

With heat waves predicted to worsen in the coming decades, it will be essential to protect yourself and your community against its effects. The methods to prevent heat-related illnesses and injuries may seem common sense, but they could be life-saving. They include drinking plenty of water, staying in air-conditioned rooms, especially during the hottest times of the day, taking cool showers, and scheduling outdoor activities at cooler times of the day. Although these measures apply to everyone, those at the highest risk should be closely monitored. High-risk people include those over 65, under two years old, and those with chronic illnesses.

Getting information about what’s going on right outside your own home can help ensure that you can be best protected against extreme heat when temperatures are at their highest at your house, not just in your general area. Use notifications to know when you’re in the hottest time of the day, or to monitor other heat factors like humidity, UV levels, or wet bulb globe temperature. Wet bulb globe temperature (WBGT) uses a combination of temperature, humidity, pressure, solar radiation, and wind speed to indicate estimated heat stress levels for humans and animals in direct sunlight. Monitoring WBGT can help prevent heat-related illness and injury for anyone spending time outdoors. Measurements like WBGT, temperature, humidity, and more are available with the Tempest Weather System.

Although heat waves may seem more manageable than other forms of extreme weather, they are actually some of the most threatening weather events for human health. As heat waves continue to increase in severity and frequency, protection from potential adverse health effects will be more of a necessity. By following some of the safety precautions in this guide, you will be able to stave off the worst impacts of possible heat waves and keep you and your family safe in even the most severe prolonged heat event.