What to Do When Lightning Strikes 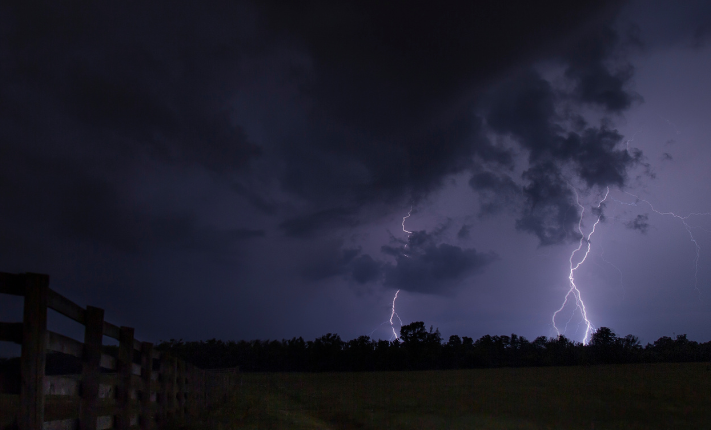 Lightning kills an average of 20 people and injures hundreds more annually. It can heat the air to 50,000º F (27,760º C) and pack 300 million volts. These numbers alone should scare a person, but every year people are outside during thunderstorms. For example, watch a baseball or football game during a storm: you’ll see players clear the field, warning messages display on video boards, and yet the stands remain full of spectators. This same pattern can be seen during many outdoor recreational activities.

As of early August 2022, the National Weather Service recorded 22 deaths due to lightning for the year. Reviewing what people were doing when struck shows they were all enjoying outdoor activities such as walking their dogs, mowing the lawn, camping, and other similar tasks. None expected lightning to hit exactly where they were; unfortunately, none sought shelter.

Between 2006 and 2021, leisure activities accounted for nearly two-thirds of all lightning deaths. Statistics also show that men are four times more likely to be killed by lightning than women. The month with the most lightning fatalities is July. Strikes fall into four categories; direct strike, side splash, contact injury, and ground current. However, of those struck by lightning, 10% are killed, while 90% are injured. Survivors are often left with burns, cataracts, seizures, hearing loss, and neurological symptoms. Some of these injuries can be life-long.

WHERE TO SEEK SHELTER