Today in Tempest News: A fascinating interview with Michael Rossi, director and producer of Mr. Tornado, an overview of the Saharan plume of dust and what it may mean for 2020's hurricane season, PG&E's attempt to mitigate wildfire risks using a network of weather stations, and a look at how rising temperatures in the arctic caused a catostrophic oil leak.

The desert dust spans thousands of miles and is currently making its way across the Atlantic ocean. The dust brings with it the Saharan Air Layer (SAL). As this warm, dry desert air progresses westward,  thunderstorm development could be hindered, and the likelihood that tropical storms or hurricanes form in the short term could decrease.

The infamous Camp Fire in Paradise, California, resulted in 85 deaths and destroyed 108,804 structures in 2018. Why does PG&E think a network of weather stations may be the key in preventing similar tragedies?

Just one month ago a state of emergency was declared in the arctic after it's suspected that permafrost melt caused a power plant to collapse, spilling 20,000 tons of oil. While warming is occuring on a global scale, why are some regions experiencing more dramatic increases?

…..with Michael Rossi, director and producer of Mr. Tornado.

Anyone with a healthy fascination for tornados will appreciate Michael Rossi’s film, Mr. Tornado. He wrote, directed and produced the PBS film about Tetsuya Theodore Fujita, aka Mr. Tornado, the Japanese-American researcher whose forensic approach to studying tornados changed our understanding of severe weather. Fujita created the Fujita scale of tornado intensity and damage. This fascinating film is a very personal story about an idea man in meteorology and the initial resistance of academics in the weather community to accept Fujita’s analysis of weather patterns. We caught up with Michael just after the documentary premiered on PBS/American Experience last month. And the good news is: You can still watch it on YouTube. 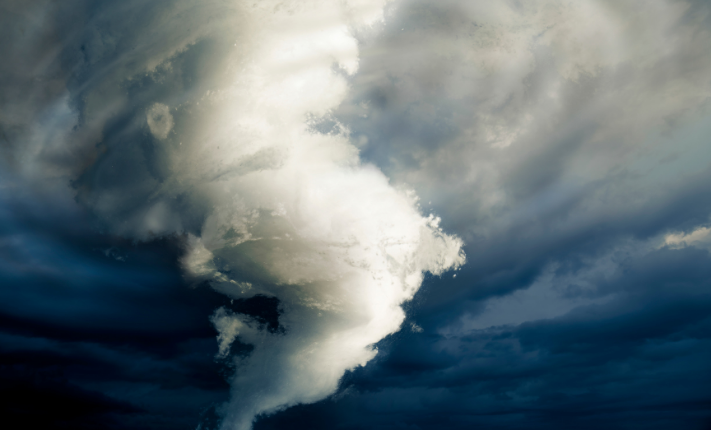 Q: How did you get the idea for this? Are you a weather geek?

MR: I definitely have an interest in weather. This film is part of the American Experience history series on WGBH in Boston. I’ve made seven or eight films for them. My last one was “The Race Underground” about the inventor and engineer who created the first electrified subway system. Like Mr. Fujita, he sketched out a lot of his ideas and I had to breathe life into schematics and 2-dimensional drawings that could also bring to life the mind of the man. The executive producers liked the approach I took with that and I employed a similar strategy for Mr. Tornado.

Q: Talk about your interest in severe weather:

A: Growing up in Western Massachusetts, one of my older brothers was obsessed with meteorology and extreme weather. You get some pretty cool storms there and we were latchkey kids. So, in summers, we’d be glued to weather forecasts and whenever there was a tornado warning, we’d run to the basement, hide behind pillows in the corner and sweat it out.

In 2011, a pretty bad tornado swept through Springfield through to Sturbridge and was devastating. I lived in Brooklyn at the time but went back with my camera and started filming. It was my first amateur damage survey of a tornado. I checked out where it carved out the woods, past my parents apartment and was talking to people on the streets to track it’s path. And now, here I am studying Ted Fujita - the premier tornado damage scientist.

Q: Is it fair to also say that Fujita was the first to map hyper-local weather?

A: Fujita was an artist and data visualization is a boring way to explain what he was great at. You look at some of his drawings. His goal with his maps was: How can I get you to understand it. Take this invisible scary thing – tornados. Some tornados are stronger than others. Some are really dangerous and deadly. Some have strong winds. Basically what he was doing was really digging into all the local data that he could get his hands on— synoptic mass, wind direction and where the fronts, cold fronts and warm fronts began. At that point, meteorology was presented and taught, on a global scale. Weather stations would generalize weather and round it out ato predict weather patterns at larger scale.

Fujita noticed all these different conditions at a hyper local level. He wanted to document all those anomalies and account for all of them. And he did this with his drawings. The significance of that was he’s a master of detail, and all those bumps and wiggles in his drawings meant something. He called what he was doing in Japan - micrometeorology.

Q: When did tornados come onto the scene for Fujito?

A: Severe storm meteorology was born in the 1950s and 60s. In 1957 there was an opportunity for Fujita to study tornadoes after a tornado in Fargo, North Dakota. It was a chance opportunity that coincided with the popularity of instamatic cameras. This Fargo tornado was a series of five tornados. It was such a slow moving supercell that people took out their cameras. With the help of a famous local weatherman (Dewy Burquist) who asked people to send in their photographs, Fujita spent the next two years piecing together the story. He used photogrammetry to look at the angles they took the photo. He went on the ground to figure exact locations and then he mapped it. Eventually, he was able to piece together the almost 200 photographs into an animated film - not just the tornado but the synoptic moving maps .

After that he became obsessed with understanding the behaviour of the tornado. That was like the flag in history that launched him into tornado research. That Fargo tornado put him on the map.

Q: Tell us about the Fujita scale.

MR: Fujita was the first scale for rating tornado intensity, based primarily on the damage that tornadoes inflicted on human-built structures and vegetation. Now it’s possible to determine— based on the Fujita scale —the intensity, frequency, time and place of tornadoes.

This scale was useful and at the time funded by the Nuclear Regulatory Commission – who wanted to know where to build nuclear sites based on the safest location against F 5’s.

To this day, you can’t predict a tornado but you can predict conditions suitable for it. So you can predict when a tornado is likely to happen, but can’t guess how severe. Tornado genesis is the million dollar question in the field. He got pretty damn close to it, I would say.

Q: Was it controversial that he named the F scale after himself?

A: Fujita went back in history and put an F scale value on tornadoes from 1920 – 1974 He mapped out every tornado track and put his name on every American tornado in history – he was definitely branding himself!

I play up tensions of certain moments of his science. He was well loved in the meteorological community. Engineers and wind engineers had issues with his quick math, presumptions, and calculations behind his F scale. For example, his F scale says if a wood frame house is wiped away, it’s an F5. But not all houses are built the same. Engineers argued about the variations. Now, an enhanced Fujita scale exists (he corrected his wind calculations) . And even at the end of his career, he agreed to tweak the values.

Q: What other understandings of tornados did he leave us with?

A: One of his more profound ideas that he eventually proved was that there were multiple suction vortices within a tornado. We spell it out nicely in the film. So in aerial surveys after a tornado, you would see swirly makers in cornfields that most people attributed to tractors getting dragged.Fujita believed it was evidence that tornadoes were lifting and dropping things.
His idea –which he illustrated_ was that there were smaller vortices spinning around inside the main funnel of one big tornado.

After the 1970 tornado in Lubbock Texas, Fujita conducted an amazing analysis about particular tornado path and suction vortices – and he mapped out exactly how the majority of deaths occurred in those paths that he identified. He included graphic descriptions and illustrated that these suction vortices were the most violent parts of the tornado. He also explained why one house may be fine and a neighbor’s home is blown away—because the vortices lifts.

But other scientists wanted more proof and accused Fujita of being full of hot air. Fujita’s quote, “Just because you don’t see something,that doesn’t mean it does not exist’ was at the heart of his visionary mind. He was not a traditionally trained meteorologist —coming from engineering. His approach was to wipe the slate clean and work backwards like a forensic scientist. He wasn't burdened by existing presumptions. And then a super outbreak provided moving footage of these vortices he’d been claiming existing all those years. Once the other scientists saw the photographs, everyone backed off.

Q: In what other ways was Fujita a visionary?

A: The trend in his career was him coming up with out of box ideas. He had a high batting average, but wasn’t correct about all of them.

We make the point at the end of the film that he was a visionary and pushed the field forward. He brought awareness to something that seemed untouchable. He was so excited by mysterious behaviours and just wanted to figure it out.