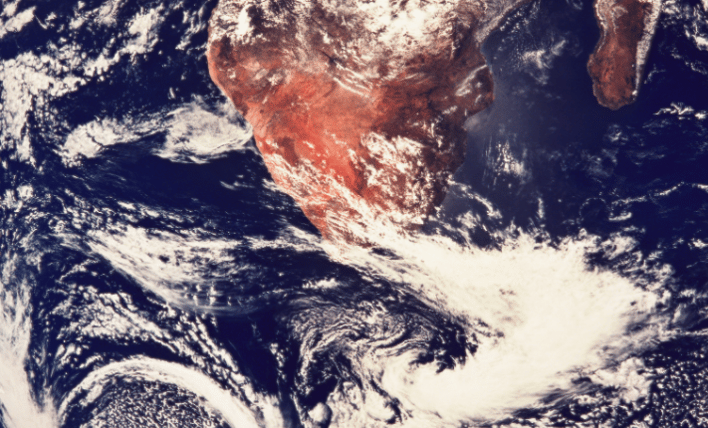 Along with the outbreak of the novel coronavirus, 2020 had its fair shares of climate crises around the globe. Check out unique satellite images from NASA of some of 2020’s more severe fires, droughts, hurricanes, and more.  Read More >>>

The science of cold and flu season

We all know that we are most likely to catch a cold when the weather is cold, but why is that? Learn about how cold, dry air can contribute to virus replication and length of infection and what other factors might be at play. Read more >>

how OUR cHANGING WEATHER is IMPActing bees

Bees are a vital part of Earth’s ecosystems, but how are they faring amidst our changing weather patterns? A team of researchers from Penn State conducted a study to find out.  Read more >>>

Through an executive order on his first day in office, the 46th President of the United States puts the nation back into the Paris Climate Accord, but experts warn that there are plenty of hurdles ahead. Read More >>>

Tempest innovator of the month

Paul Stofer has been storm chasing since 2001 and has been part of several research projects observing hail development and tornadic thunderstorms. He uses WeatherFlow's original Smart Weather Station and Tempest Weather System to observe and record wind speed and direction, temperature, dewpoint and pressure changes in mesoscale environments. 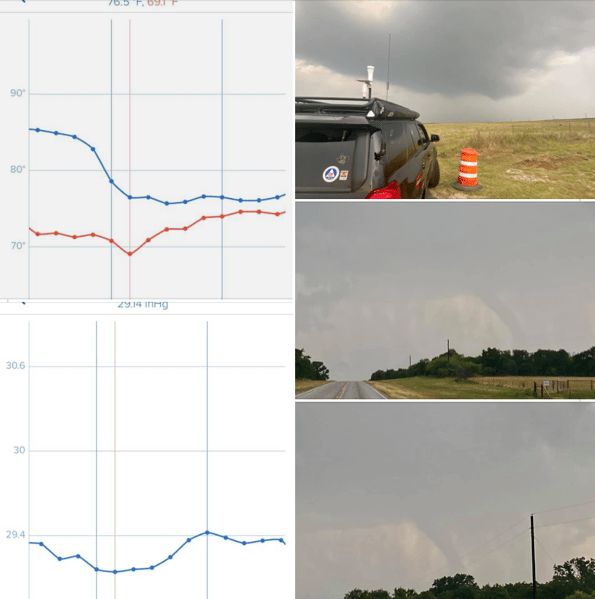 Paul is based in Dallas, Texas but chases storms throughout the spring across the plains states. He also transmits live video and reports from his WeatherFlow systems to the web as well as back to the FOX TV affiliate in Dallas, Texas for on-air use during severe weather. Transmission capabilities are done through mobile broadband.  Learn more >>>

If you spend time in the mountains, especially in Switzerland, Northern Italy or Austria, avalanches are a particular hazard. Over 90% of those killed by avalanche trigger the events themselves, and after just 15 minutes in the snow the chance of live recovery drops significantly. Most skiers, hikers and snow-shoers know to carry a shovel, avalanche transceiver (beacon), a probe, airbag and some carry an Avalung (a long tube to poke through the snow and breathe through in the event of an avalanche).

Unfortunately, avalanches are becoming more common and more severe with warmer temperatures that create a weaker snow pack. Which is part of why the White Risk avalanche app and website has become so invaluable. White Risk offers a dizzying and comprehensive exploration of avalanches through illustrations, maps, 3-D graphics and videos showing the mesmerizing devastation of avalanches.

One of the researchers behind the White Risk app is Stephan Harvey, who has spent 23 years at the WSL Institute for Snow and Avalanche Research SLF in Davos, Switzerland—part of the Swiss Federal Research Institute for Forest, Snow and Landscape Research. We caught up with Stephan at his home in the mountains where he was just back from skiing.

Q:Tell me about the Institute for Snow and Avalanche Research.

A:We belong to WSL - the Swiss Federal Institute for Forest Snow and Landscape research. I research snow, avalanches and everything concerning ice.

Q:How did you get into this? Did you grow up in the mountains?

A: Yes, I grew up close to the mountains. In Switzerland, ⅔ of the country is mountains so most of us can say that! I’ve always done a lot of mountaineering and climbing, and have been a mountain guide for 20 years. I originally studied geography and glaciology.

Q:You’ve been at SLF for 23 years.  What was that like when you started?

A: When we started, there were no smart phones or internet. Our whole network of information was different. In 2000, we started to use mobile phones to measure automatic weather stations. With the advance in technology of weather stations, nowadays, we can place weather stations in remote areas where nobody lives and can measure every 30 minutes. It’s very useful. In the early days, we could only measure once a day.

Q:Where do you even begin to forecast an avalanche? What measurements go into it? What is the perfect storm that creates an avalanche?

A:First you have to understand snowpack. As it grows, you monitor the whole evolution of the snowpack. At the same time you always have to be aware of weather changes.

The perfect storm to create an avalanche - if you are talking about dry avalanches, you need atypical layering - a weak layer with a slab layer on top of it . A slab is a snow layer which has been deposited by snow and wind. If there is a big slab layer in the snow , it’s a quite obvious prediction. It’s more how the avalanche will happen than if it will happen. We think in terms of typical avalanche situations —new snowfall, a lot of new snow. And typically avalanches are more probable in a strong wind situation. Adverse snow gets supported by wind and creates very good slabs. 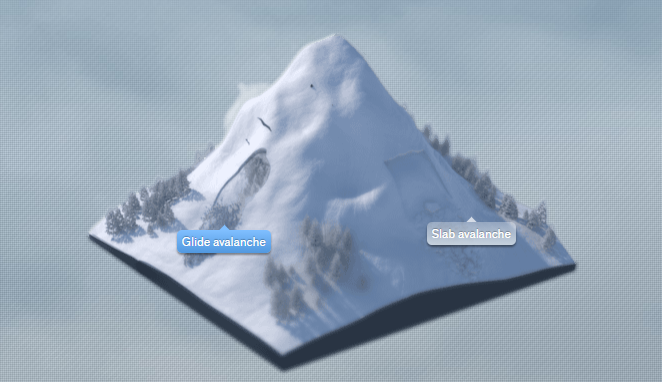 Q:What data do you use? How do you measure snowfall with a weather station?

A:It’s not possible to measure new snow. We can only measure the difference in snow height, then we have to model the new snow. We collect all the data in-house and maintain 200 weather stations that contribute plus we hire another 100 observers who take manual measurements every day. These people are trained and educated on how to measure snow and observe avalanches so they know what kind they see and what size.

Q:Tell me more about the app and website. How did you come up with the idea of White Risk? It’s very comprehensive.

A:We are a team of course, and quite involved in avalanche education warnings as well. So, we had a project in 2006 —we created a CD ROM. On this CD ROM, you could learn all sorts of stuff about avalanches. We noticed that if you read the information in a book, it was difficult to describe avalanches. The CD Rom was much better to explain topics using animation. It was very popular and translated into many different languages. When CD ROM’s died out and the first iPhone appeared, we were very excited by all this new tech and the new options they provided.

In 2009 we made the first White Risk app. We were very early. Not only were we early having an app providing avalanche and weather information, but we were also earlier than the weather forecasts from the government.

Somehow we were able to bring all this information together to create a trip planning tool. It was easy to provide maps on smartphones and provide a continuation of the content we previously provided via CD Rom. On the app you can plan routes and synchronize all the data and information from the bulletins to a smartphone that you can use when skiing, to see what you planned and where you are.

Q:Who uses the app and the information that you distribute in your 2x a day news bulletins?

A:We have the best avalanche data for Austria and Switzerland because we have dense networks. Both are small countries with many specific
avalanche problems. In the Alps, for example, people live closer to the avalanches than in the US and Canada. Where in the US or Canada you might see highways threatened by avalanches, in the Alps, villages are very close to ski slopes so protection measures are much more important. We spend a lot of money to protect these places.

Otherwise, our audience is backcountry skiers and snowshoers. We have about 120-150k users using the app, which is free. If you want to use special tools for trip planning, then a subscription is $25 per year and allows full access to the knowledge and e-learning lessons. That is actually a product of our institute - we see research has practical use.  We publish an avalanche forecast everyday, which is used by the media and some government agencies to aid decision making.

Q: Any last advice for someone heading out to ski in these mountain regions?

A: You cannot buy expensive equipment and consider yourself safe. You have to be educated and know how avalanches happen, what triggers them, and how to travel safely through avalanche terrain. It’s very important people learn about that. We know many sad examples of people killed even when equipped with air bags and transceivers. It’s more important to understand how to travel so you can recognize potential danger and avoid it.

Interview by Ann Marie Gardner. Find her on Instagram. @thenewweather