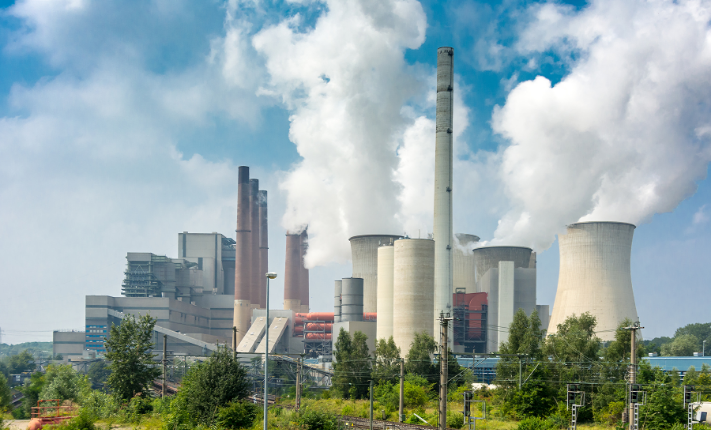 From decarbonizing the country’s energy sector to phasing out gasoline-powered vehicles, the Biden administration is proposing these changes and more in their efforts to lower greenhouse gas emissions in the United States. President Biden has pledged to cut these emissions by half or more by the end of the decade, nearly double the target set in place by former President Obama in 2015. Read More >>>

A study from the University of Miami Rosenstiel School of Marine and Atmospheric Science shows that changes to the North Atlantic Oscillation can be attributed to human activity impacting the climate system. The North Atlantic Oscillation is a weather phenomenon that affects winter weather across many parts of the world. Information from the study could be used to help predict changes in the climate up to a decade in advance.  Read More >>>

Lightning strikes are becoming more frequent in the arctic

The National Weather Service in Alaska spotted the first-known lightning strikes within 300 miles of the North Pole back in 2019. Until then, lightning strikes above the Arctic Circle had been extremely rare. However, research from the University of California, Irvine predicts a 100 percent increase of Arctic lightning by the end of the century. Stemming from a quest to find an answer for the extreme amount of wildfires in the state in 2015, researchers began looking at lightning and found even more devastating effects of increased strikes in the region.  Read more >>>

TEMPEST INNOVATOR OF THE MONTH

Preston Roesslet captured this image of a cone tornado while storm chasing near Lockett, Texas. He uses a Tempest mounted on top of his Jeep, with the Hub powered by the cigarette lighter and connected via Bluetooth for live data, which he uses to create severe wind reports. Preston has been chasing storms for about three years and is currently a member of the Met Crew Chasers. 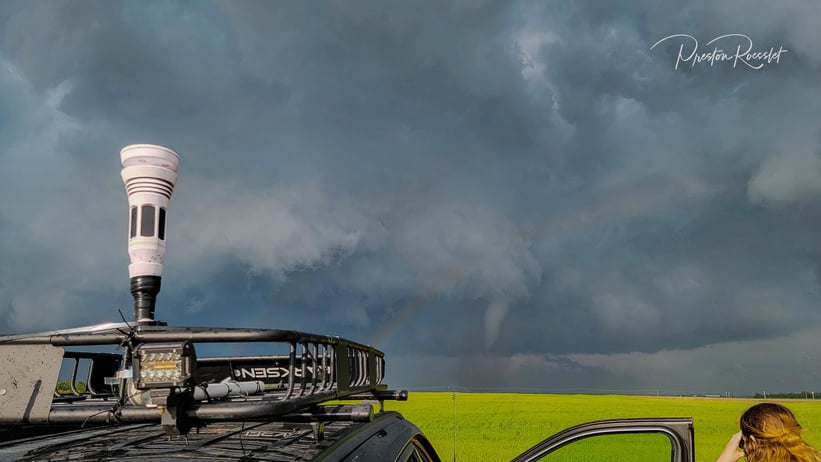 "I got my passion for research while chasing after talking to Reed Timmer and Mark Simpson," Preston explained. "I'm trying to collect similar data, but if I'm being honest, I'm not quite ready to get as close as they do!" You can find Preston and the Met Crew Chasers on Twitter.

Dirk Paessler is an impressive entrepreneur, having founded ten startups during his career. A software developer in the early days of the internet, Paessler developed a tool to help detect and monitor software applications to avoid failures. His network monitoring software company is now in seven countries and has expanded from optimizing IT into the OT and IoT spaces. In his recent venture— the Carbon Drawdown Initiative - Paessler applies his monitoring expertise to help the environment. When we saw that he uses a Tempest Weather System in his work, we had to know more.

Q: Can you explain how your Paessler monitoring system works and helps reduce resources and emissions?

A: We believe that monitoring plays a vital role in reducing humankind's consumption of resources. Monitoring data helps our customers save resources, from optimizing their IT, OT, and IoT infrastructures, to reducing energy consumption or emissions. Our products empower our customers to monitor everything and thus help them optimize their resources.

Q: Close the loop for me - tell me how you got from Paessler network monitoring software to carbon?

A: I left as CEO of Paessler at the end of 2017 because of burnout. I realized too late that while I might be a good startup CEO, I may not be the right person to run a 300 person company. After a sabbatical, I looked for new challenges and kept coming back to the climate problem. It's a complex problem with a significant future impact that needs more entrepreneurs to get solutions going.

Q: Tell me about the Carbon Drawdown Initiative? I like how you call yourselves "Optimists for a better future." Help me understand what enhanced weathering is so we can all be as optimistic.

A: The Carbon Drawdown Initiative involves CO₂ sequestration using crushed natural rocks and minerals. Enhanced weathering, often referred to as Enhanced silicate rock weathering (ERW), accelerates the natural geological process that collects CO₂ from the air by reacting it with minerals. We believe geology has to be part of the solution. You can read more about it here.

Q: How are you using the Tempest weather system?

A: We are using Tempest data in our field testing process. We need to know current weather conditions in real-time so we can understand the processes on the ground better.

Q: How does enhanced weathering differ from other carbon offset initiatives like regenerative farming or tree planting efforts that you hear a lot more about?

A: Many carbon agriculture projects have a problem: They don't provide a permanent solution (capable of keeping CO2 in the ground for thousands of years). Enhancing soil organic carbon (SOC) is much more prevalent in the public eye than enhanced weathering (EW). The BIG and important difference between the two is that increasing SOC is NOT a permanent solution. If you stop using crop cover and start tilling again and go back to the current "efficient" agriculture, you lose most, if not all of it. This SOC increase goes hand in hand with popular "regenerative agriculture" practices, which are especially good for biodiversity. In the framework of NET, many soil scientists only think in terms of SOC and have mostly never heard of EW. But only EW can lock away the CO2 forever (which is what we need).

Q: So in a way rocks can be thought of as another form of direct air capture - albeit a natural solution?

A: Direct Air Capture is about collecting CO2 from the air, which is tricky because only 0,04% of the air is CO2.  And after capturing the C02, you need to store it, preferably in a permanent form like Carbfix is doing in basalt beneath Iceland, or through enhanced carbon mineralization like 44.01 is doing in Oman.

The advantage of EW is that it needs a fraction of the energy, and collection and storage are one process.  It is the accelerated version of the natural geological process that collects CO₂ from the air by reacting it with minerals, like olivine, which is abundant. Olivine reacts spontaneously with CO₂ from the air in an exothermic reaction which creates stable carbonates that last for millennia. The rock needs to be crushed to speed up the reactions. Otherwise, it takes hundreds or thousands of years, which is just too slow.

Apart from Direct Air Capture, enhanced weathering (in my view) is the only solution that will be quick enough and that we can scale far enough to make an impact.